WHY SOME THINGS SHOULD NEVER BE PLASTIC

WHY SOME THINGS SHOULD NEVER BE PLASTIC

The weakest link in polymer magazines is one invisible to the naked eye. Polymer magazines have a strong affinity to attract moisture and will absorb it into their molecular structure when exposed to ambient air. This moisture within the polymer reacts constantly with surrounding environmental factors. The vapor pressure within the polymer increases to equal the vapor pressure of the surrounding environment until equilibrium occurs. This is referred to as polymer moisture equilibrium or PME. When an environment of hot and dry air surrounds a wet hygroscopic polymer element, the vapor within polymer exits to the atmosphere, drying out the polymer. In other words, the polymer becomes dry and will deform from its original design and lose its flexibility. The opposite is also true, when the moisture within the polymer is cooled near or below the freezing point, the moisture within the polymer will freeze and the polymer will crack. There have been countless reports of polymer magazines shattering when dropped on a hard surface. Aluminum and stainless steel do not have an affinity for moisture. Any moisture gained through condensation or immersion remains on the surface and is easily removed via evaporation or simply wiping it off. No moisture is absorbed into the metal. Further protection is provided by the C Products Defense proprietary coating T-360™, which bonds at the molecular level and will never wear off. The T-360™ coating process also decreases friction and increases lubricity inside and out. The result is that even when using the dirtiest ammunition, DURAMAG™ magazines will effectively resist dirt or dust accumulation, allowing flawless operation and reliability. 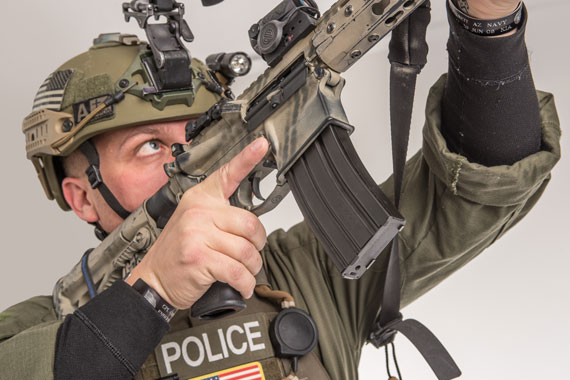 Plastic works fine for toys and casual use, but has proven molecularly unstable in extreme environments, vulnerable to changes in humidity, and unable to retain shape during extended use. DURAMAG™ is the one magazine design that you can rely on during a sunny day at the range, frozen night on the tundra, in the sands of the desert, or pulling from long-term storage. Relentless reliability because a firearm is only as good as its magazine. 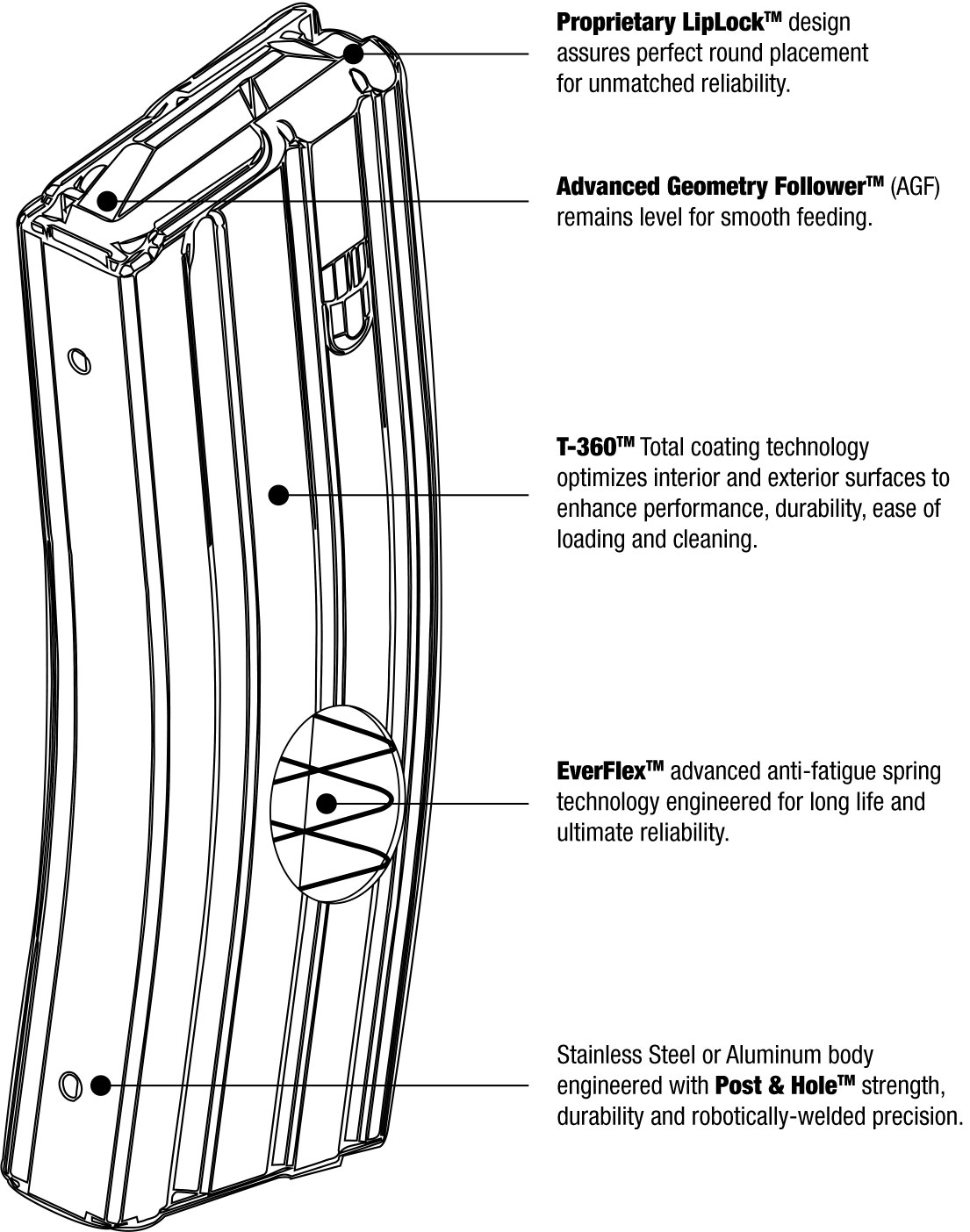